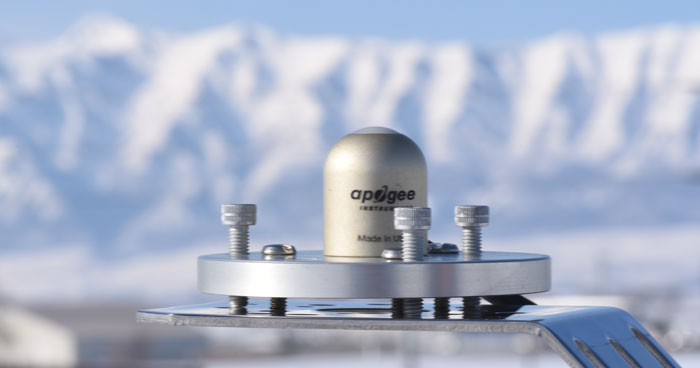 Monitoring PV Panels on Jin Jeop Library
SP-110's are integrated as part of a PV monitoring system for a PV power generation facility on the roof of the Jin Jeop library in Korea.
Read More >

The cosine response and accuracy of the Apogee pyranometer have met the high standards of Campbell, Scientific, on of the world's leader in environmental measurements. Campbell Scientific installs Apogee Pyranometers on weather stations such as the ET106 and other data collection systems.