The buffaloberry plants were grown in the Utah State University Research Greenhouse. The light intensities in the greenhouse were recorded hourly using an Apogee SP-230 heated silicon chip pyranometer mounted to a weather station. The plants were measured using an Apogee MC-100 and were separated into three groups of five. The groups were treated with 0 mm [zero nitrogen (N)], 2 mm (medium N), or 4 mm (ample N) ammonium nitrate for three weeks. The plants were moved to an open field, where Apogee S2-411 and S2-412 NDVI sensors recorded the incident red and NIR light from solar radiation and transmitted red and NIR light from leaves of buffaloberry. Chlorophyll extraction was then used to determine the actual chlorophyll concentration of the leaves. 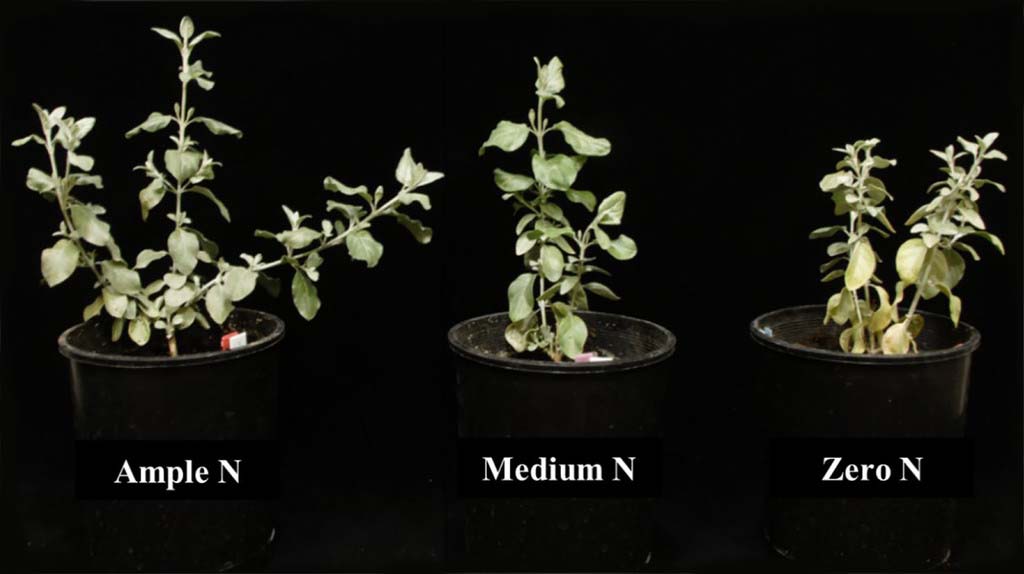