Researchers in Sweden used Apogee quantum sensors and an Apogee MC-100 chlorophyll concentration meter to help study the release of mineral nitrogen forms during the crop cycle to develop fertilization strategies. They did this by using different organic fertilizers for pot-grown crops. The research was published in the journal of Biological Agriculture & Horticulture in July 2018.

In recent years the demand for organic produce has risen, and to grow optimally, a plant needs to be supplied with the necessary amount of nutrient during each stage of the growth cycle. According to a survey, many growers are hesitant to switch over to organic production because of the challenge to provide proper nutrients when only using organic sources. Swedish researchers used the quantum sensors to log the natural radiation inside the greenhouse. And chlorophyll concentration was measured using an MC-100 chlorophyll meter. Researchers discovered that nearly all organic nutrient treatments produced plants of acceptable quality. The results showed it was possible to grow pot-grown organic crops with a crop cycle of 7-8 weeks without the additional application of fertilizers during crop growth. 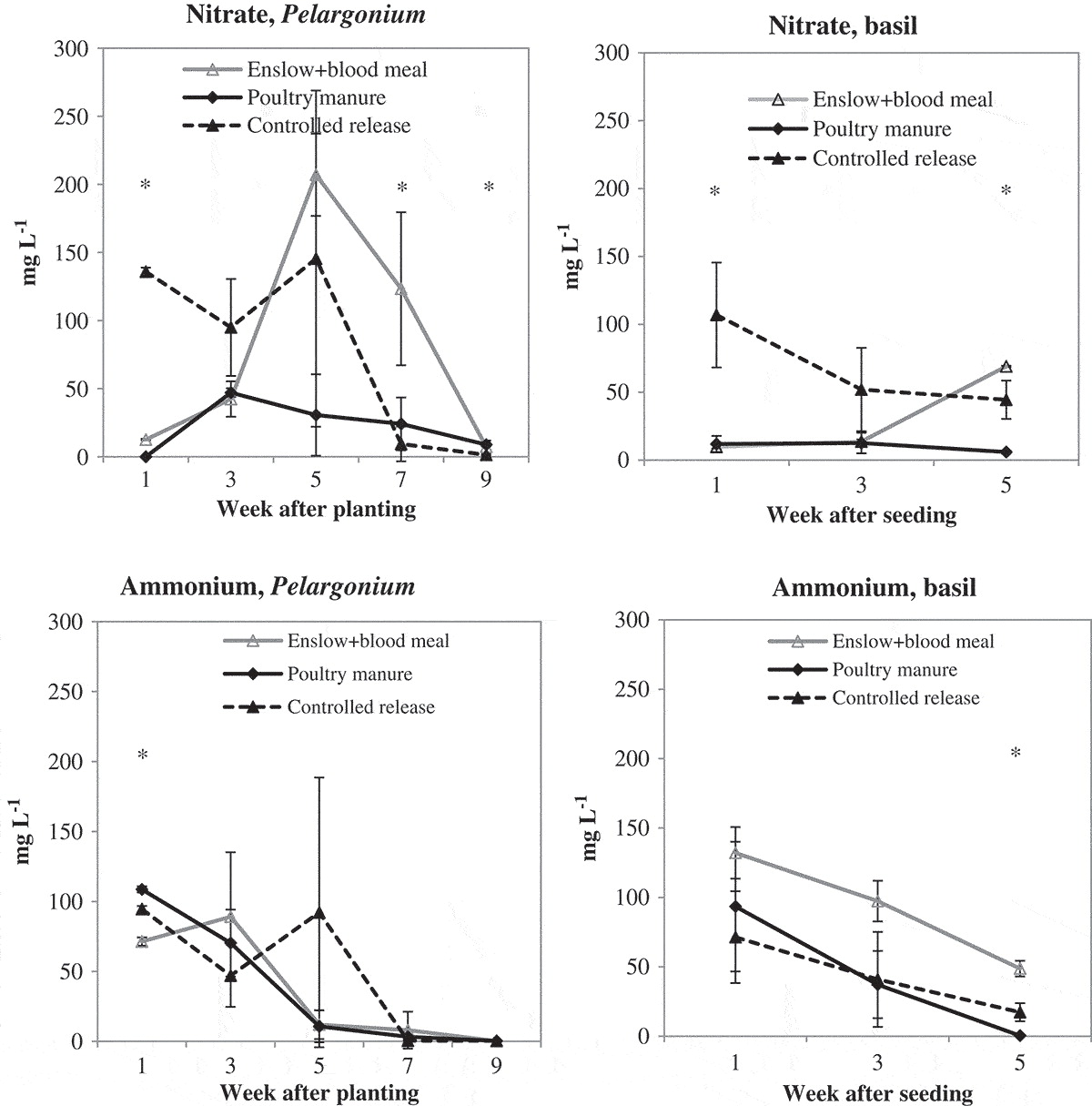 ABSTRACT: Pot-grown herbs are often cultivated as certified organic products, and there is an increasing demand for organically certified ornamental plants. Supplying the required nutrients using organic fertilizers is a challenge with respect to matching the mineralization and thus the availability of dissolved nutrients in the growing medium with plant demand. In experiments, sweet basil and Pelargonium × hortorum were cultivated using two different organic fertilizer strategies and controlled-release mineral nutrients as control treatment. The two organic strategies were, i) blood meal + Baralith® Enslow (a plant-based organic fertilizer), and ii) poultry manure. The availability of dissolved nitrogen was monitored during the crop cycle by under-pressure lysimeter sampling. Plant development parameters were measured along with chlorophyll fluorescence and chlorophyll concentration of leaves. For both organic treatments, nitrate-N availability was low at the beginning of the experiment, whereas ammonium-N was high. During the experiment, ammonium availability decreased at the same time as nitrate availability increased after a few weeks and then declined again by the end of the experiment. The blood meal + Enslow treatment caused poor germination and slow growth in basil. Plant height and fresh weight was also affected by this treatment for basil but not for Pelargonium. Chlorophyll concentration was affected by treatment, with also visually detectable paler leaves in the treatment with poultry manure. There were no differences in chlorophyll fluorescence (Fv/Fm) between treatments, indicating that plants were not stressed in any of the treatments.