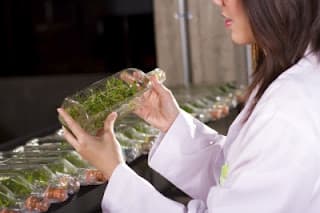 Sensor manufacturers often provide information regarding uniformity, repeatability, stability, and accuracy on their specification sheets, but rarely describe what they are, and how they are used.

Uniformity is a type of systematic error that refers to the consistency of a measured value, either in a spatial distribution or compared to another sensor taking the same measurement. For example, a scientist seeking to know the uniformity of a large set of thermistors (same type and model) could take measurements of a circulating water bath held at a “constant” temperature. The manner in which the thermistors vary in comparison to one another would determine their uniformity.

Repeatability is similar to uniformity except that it deals with how consistent a particular sensor is against itself. It can be used to describe the ability of a sensor to provide the same result, under the same circumstances, over and over again. For instance, infrared radiometers (IRRs) manufactured by Apogee Instruments have a repeatability of 0.05°C (when within calibrated target and sensor body temperature ranges), denoting that measurements made under the same conditions should be within 0.05°C of the mean of those measurements. Repeatability is typically due to random noise, which is often outside of our control.

Stability deals with the degree to which sensor characteristics remain constant over time. Changes in stability, also known as drift, can be due to components aging, decrease in sensitivity of components, and/or a change in the signal to noise ratio, etc. Amplified pyranometers from Apogee Instruments illustrate this concept well with a stability of less than 3% per year. In other words, each year, under normal conditions, one can expect the sensor’s readings to change by less than 3%.

Accuracy, analogous to uncertainty relative to a reference, is in its simplest terms the difference between measured and “true” values. During calibration, measurements are compared to a reference, ISO or NIST traceable where available. Accuracy is determined by performing a general expanded uncertainty analysis, where all of the systematic and random uncertainties are combined using ISO uncertainty standards.

For each of the examples above, we must assume that a large sample size was used, and that the sensors used were chosen at random. As an example, sensor specifications listed for uniformity, repeatability, stability, and accuracy from Apogee Instruments are based on a 95% level of confidence. This means that specifications listed for each sensor are guaranteed for at least 95% of all measurements taken and/or sensors used. Specification sheets for all of our sensors can be found in each of our product sections online.