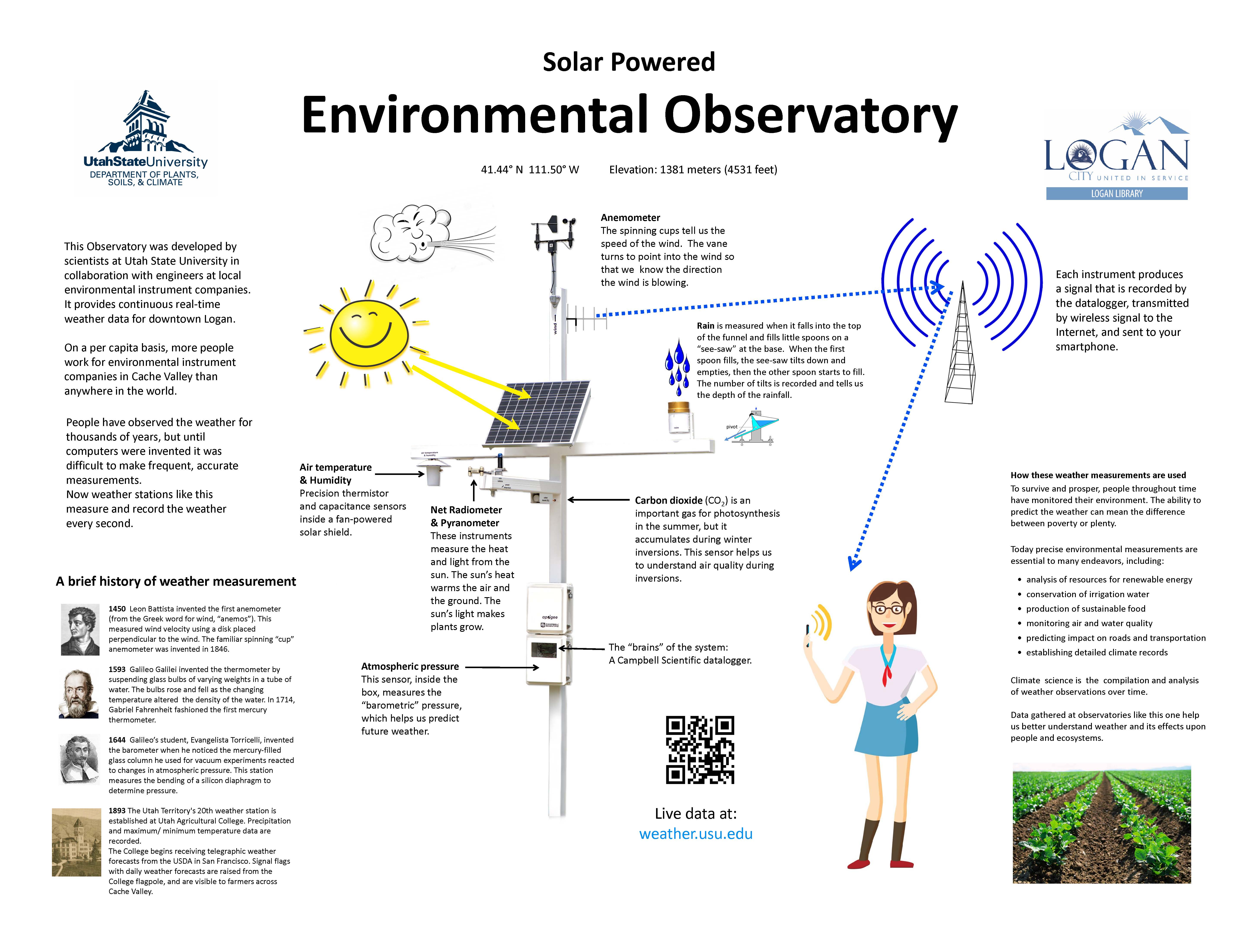 Apogee Instruments, Campbell Scientific, and the Department of Plants Soils and Climate at Utah State University are pleased to announce the dedication of a state-of-the-art educational weather observatory on the Logan, Utah library plaza. The dedication event was held on Thursday, 7 June as the kickoff event for the summer reading program.

Logan’s Mayor Holly Daines welcomed the audience, followed by short talks from Paul Campbell, Bruce Bugbee, and Mark Blonquist on behalf of the local instrument companies whose donations made this observatory possible.

The new observatory is equipped with some of the most state-of-the-art data recording gadgets used to monitor and store information about wind speed, precipitation, and temperature. It provides continuous real-time weather data for downtown Logan.

President of Apogee Instruments, Bruce Bugbee, said the observatory joins a network of others like it all over Cache Valley and will play a key role in helping scientists better understand air quality patterns in Cache Valley.

“This is one of the stations that measure carbon dioxide,” Bugbee said. “We are using carbon dioxide as a tracer gas to understand atmospheric mixing during inversions. Now, we’re standing in Cache Valley, kind of in the bulls-eye for the emissions of carbon dioxide because of all the traffic right here in Logan.

The station features a plaque written for the young patrons that come back and forth to the library explaining each component of the observatory and a brief history about weather measurement.

Apogee is glad to have had the opportunity to contribute to a project that makes Cache Valley a better place to live.

Thanks to everyone who contributed time and expertise to this project. 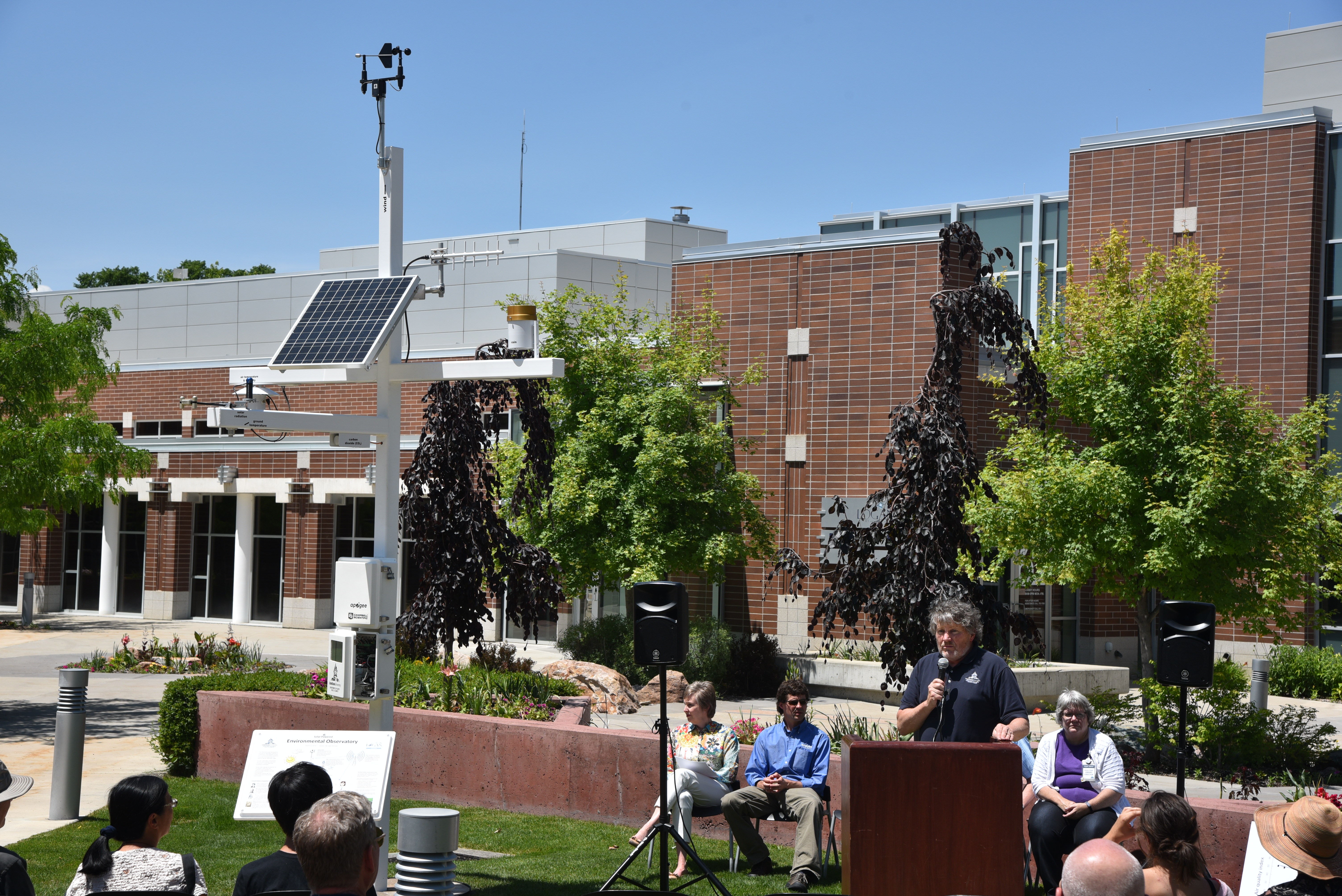 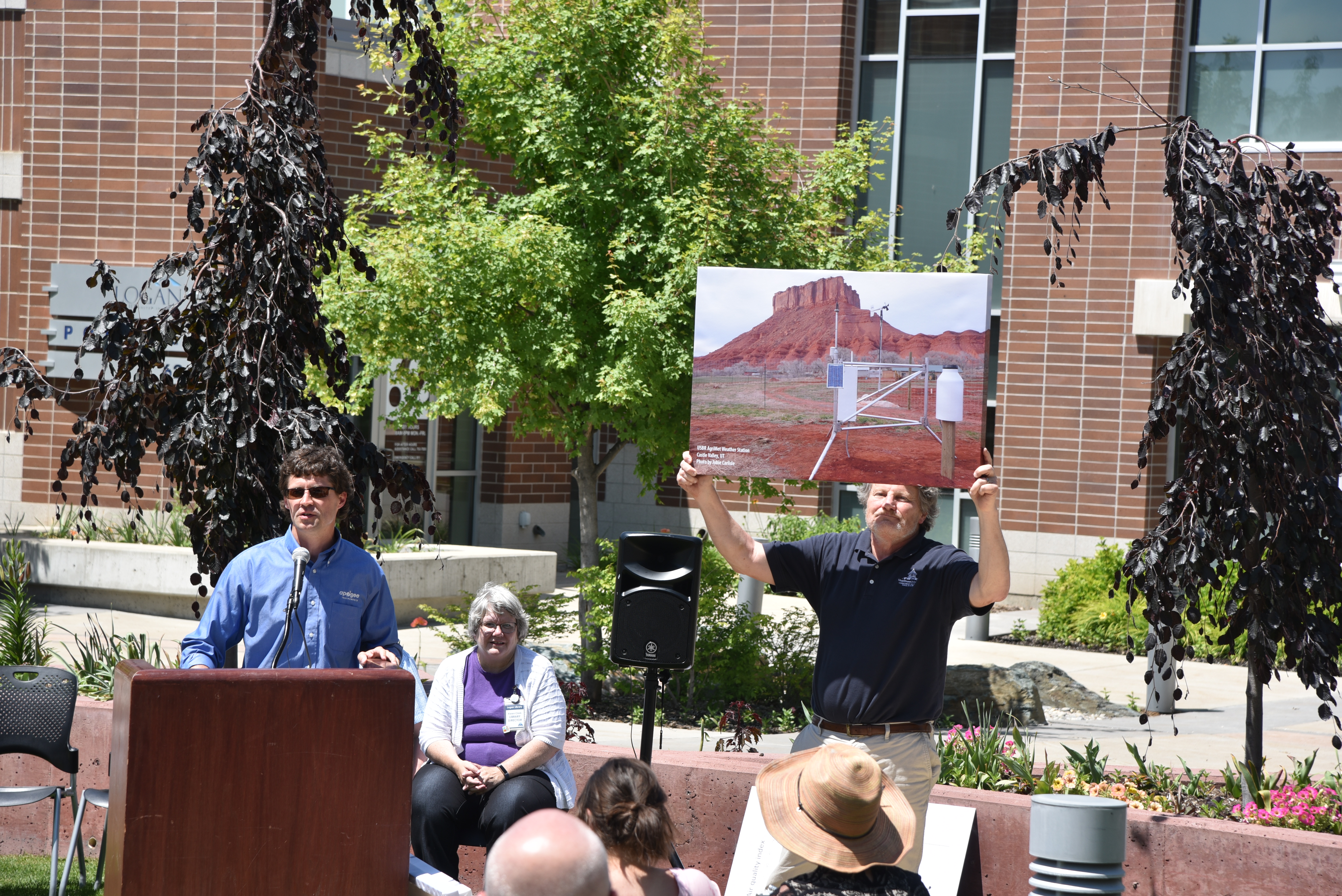 Mark Blonquist, Chief Scientist at Apogee Instruments, explains how Apogee makes weather monitoring instruments that can be found all over the world. 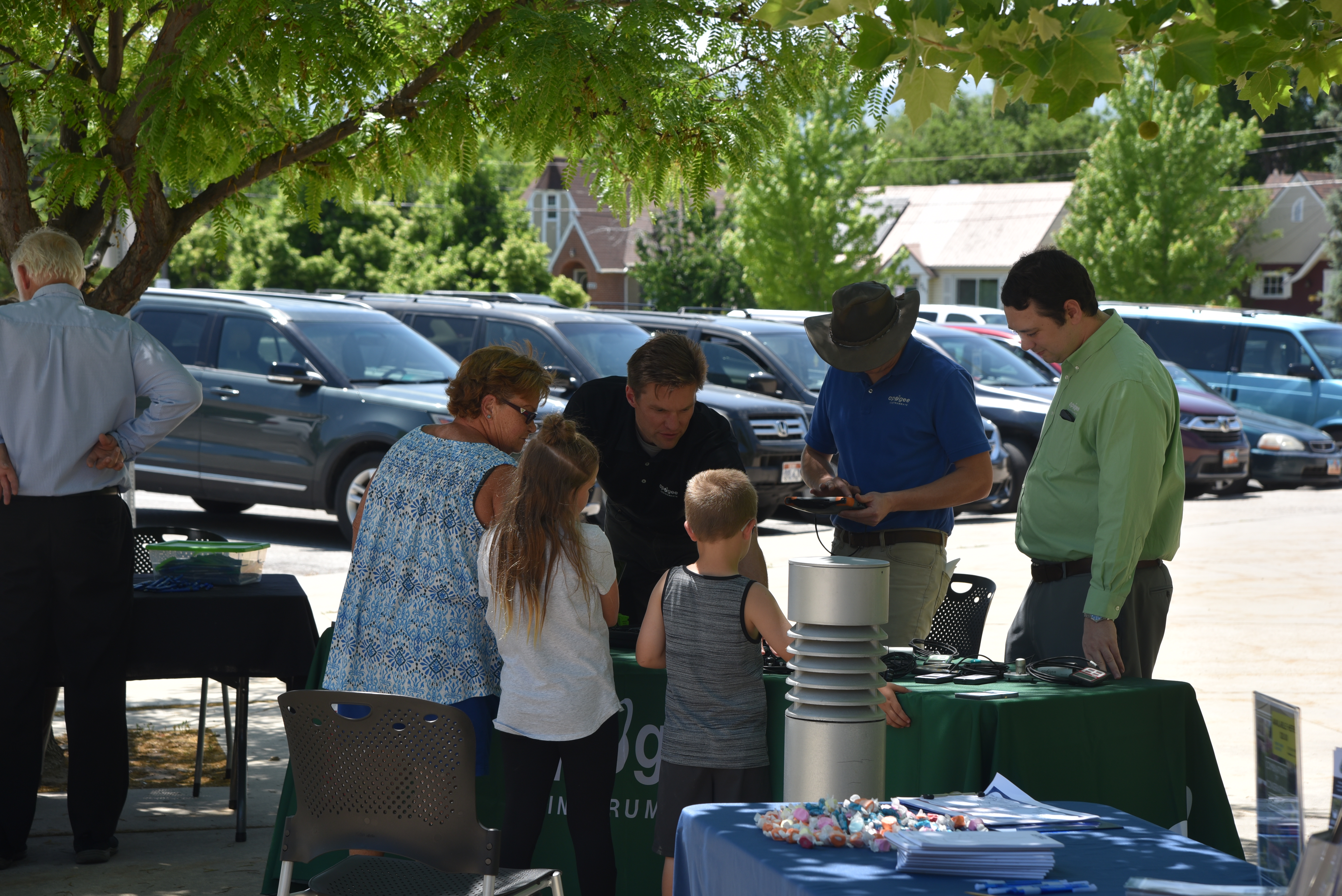 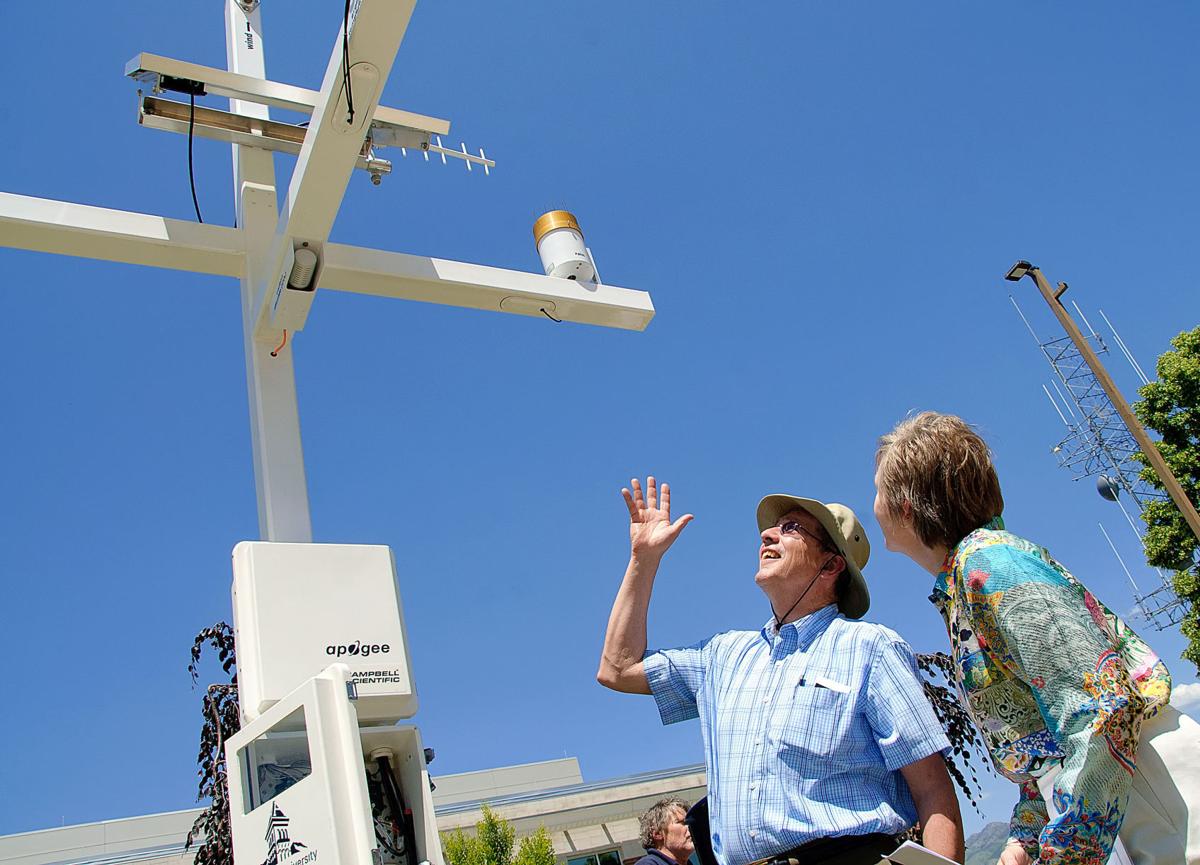 Paul Campbell, former President of Campbell Scientific, talks to Mayor Holly Daines, about the new environmental observatory outside of the Logan Library.