What is the effect on water conversation and plant quality?

In urban centers affected by drought and limited irrigation resources, the go-to recommendation for conserving water has traditionally been to water turf and garden landscapes at night. In recent years, however, population growth and development have led to supply demands at night that exceed the capacity of irrigation infrastructure. Given these challenges, urban water districts must balance maintaining conservation practices with customer demand.

Current assumptions are that nighttime irrigation is more efficient due to less evaporative demand (more humidity, lower temperature, no solar radiation, less wind). On the other hand, watering in the afternoon could be more efficient because it coincides with peak photosynthesis and has microclimate cooling effects.

With these questions in mind, Asst. Professor, Melanie Stock, and graduate student, Samikshya Pyakurel, at Utah State University sought to quantify whether nighttime irrigation conserves water – and how much – as well as measure the effects on plant aesthetics, yield, and health. 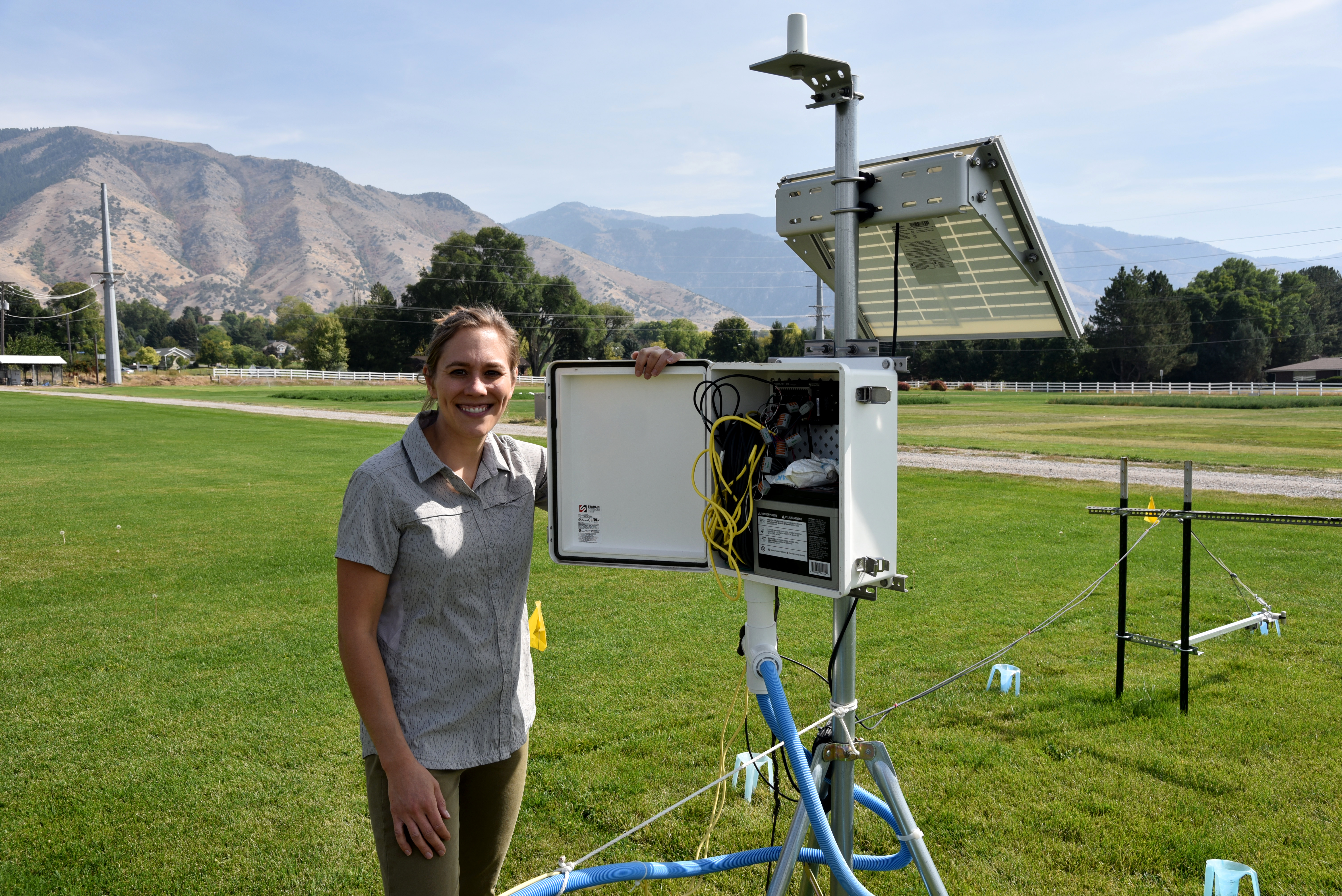 To accomplish this, six identical plots of turfgrass and six of zinnia cut flowers (a popular and representative urban garden crop) were established, assigned irrigation timing treatments, and heavily instrumented to measure a water-energy balance. Apogee sensors include Infrared Radiometers (SI-411-SS) to measure surface and canopy temperatures and Net Radiometers (SN-500-SS) to measure the four components of radiation and calculate albedo. The plots are also equipped with air temperature and humidity sensors, soil moisture and temperature sensors, irrigation flow meters, and catch cups, while the field is home to a weather station managed by the USU Climate Center. In all, 329 measurements are automated every 15 minutes at the site, while 162 measurements are collected by hand three times per week. This study makes use of SDI-12 digital output, one of the most significant advances in sensor technology that allows for minimal datalogging equipment. 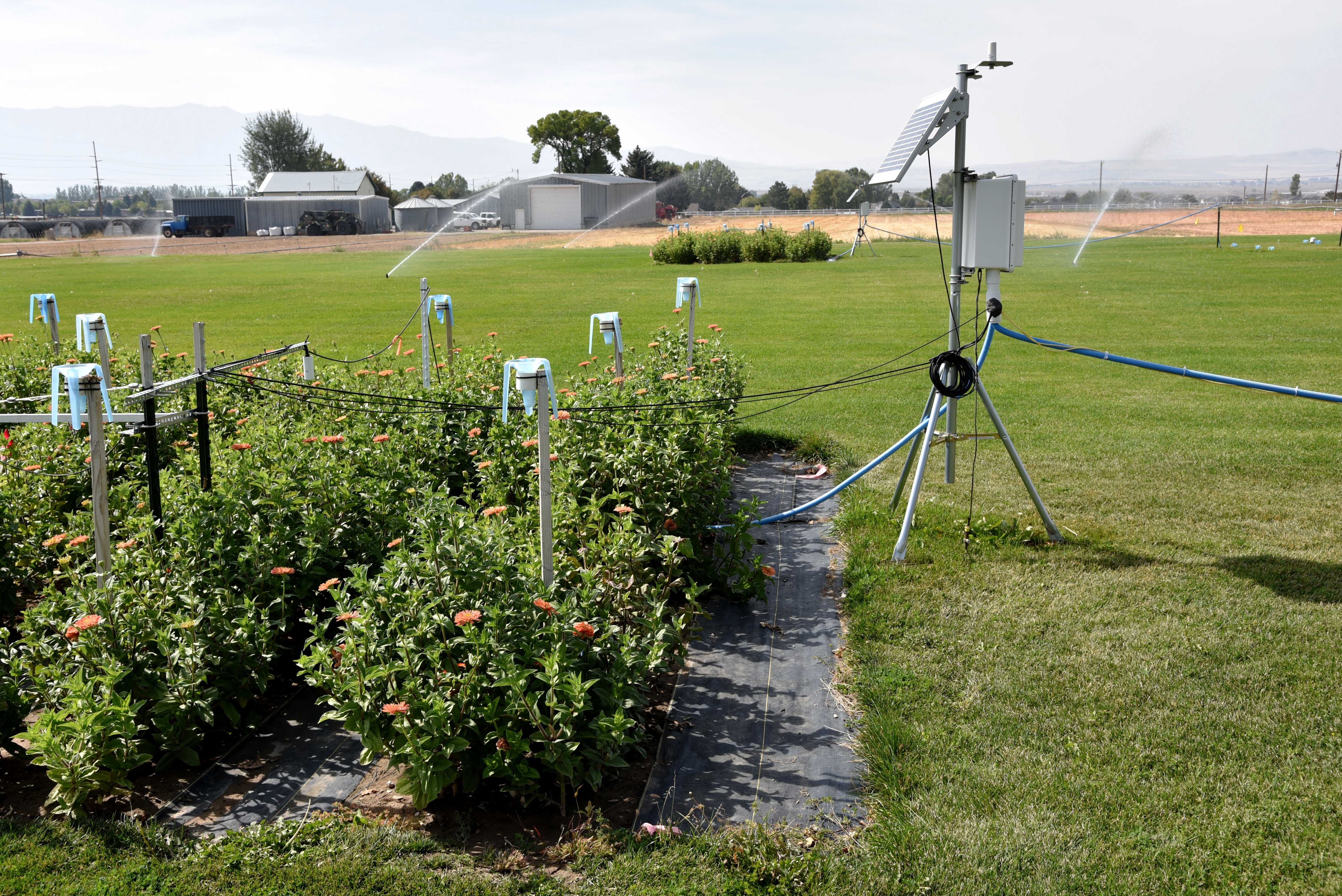 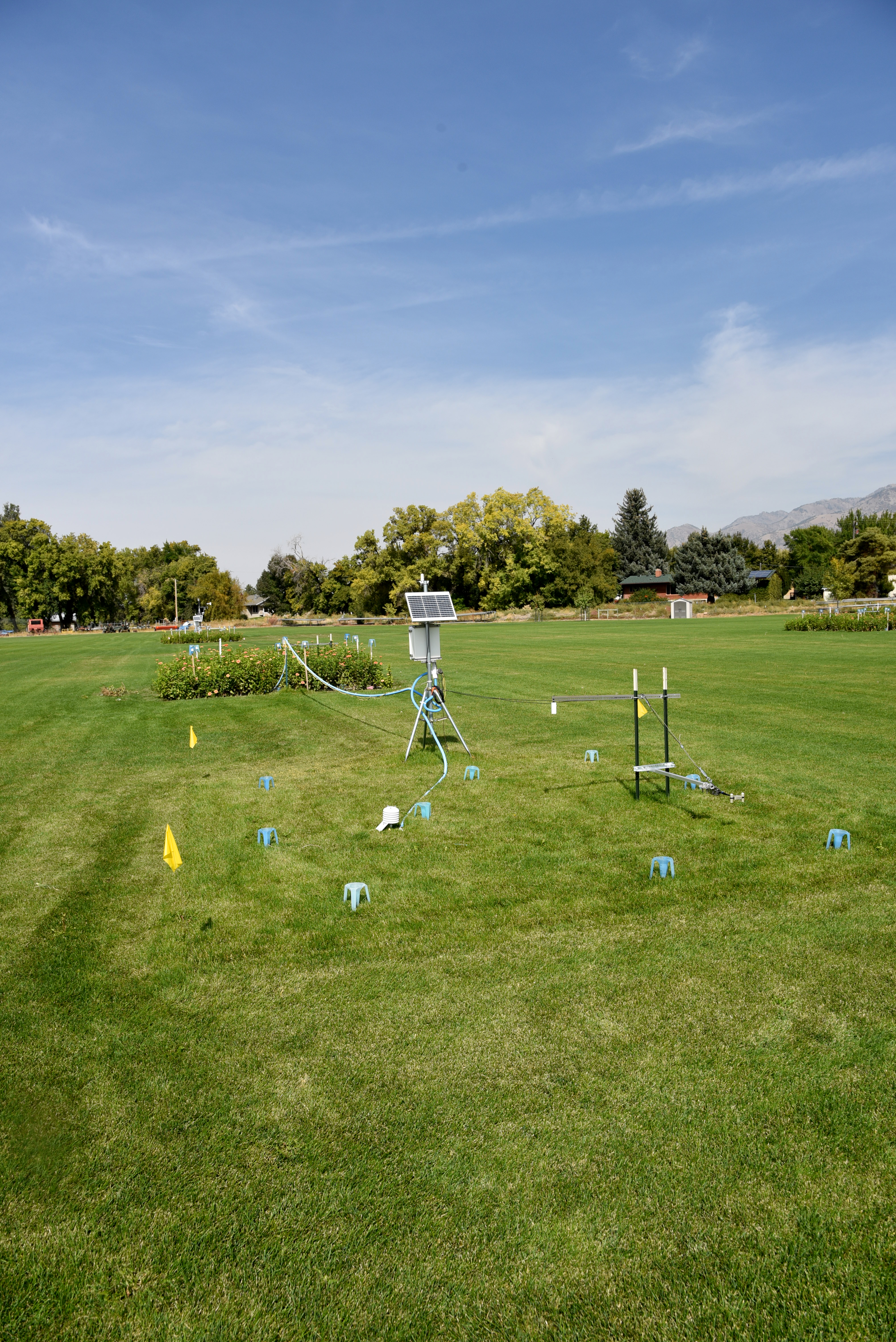 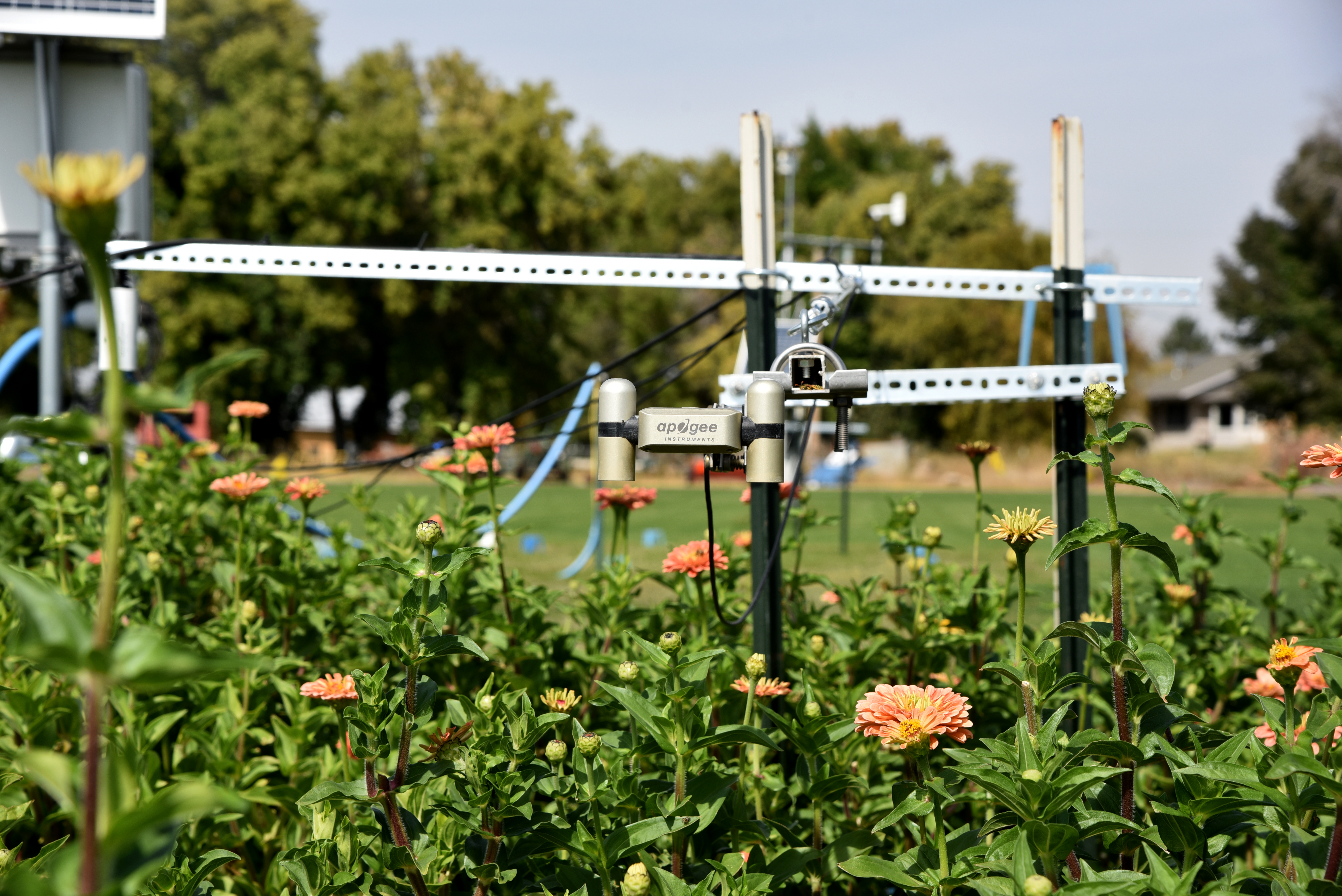 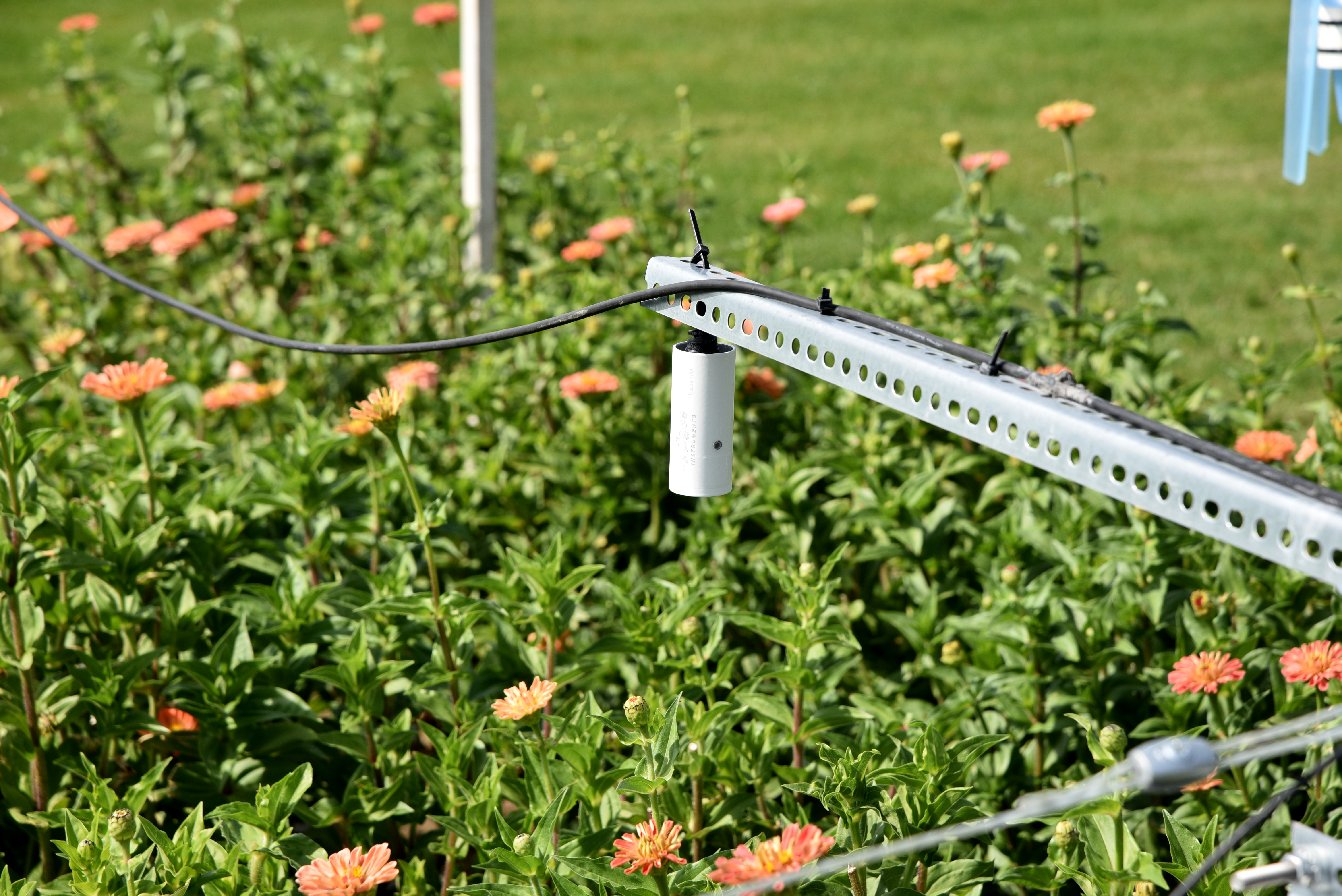 "I think Apogee sensors are especially great for their SDI-12 digital output capabilities and price points. Gone are the days of an entire datalogger being used on a single net radiometer. Now we can not only fit many sensors on one datalogger, but we can also get away with using the much less expensive dataloggers – it is incredible! On top of this, the specs and price point of net radiometers from Apogee are truly a game-changer."