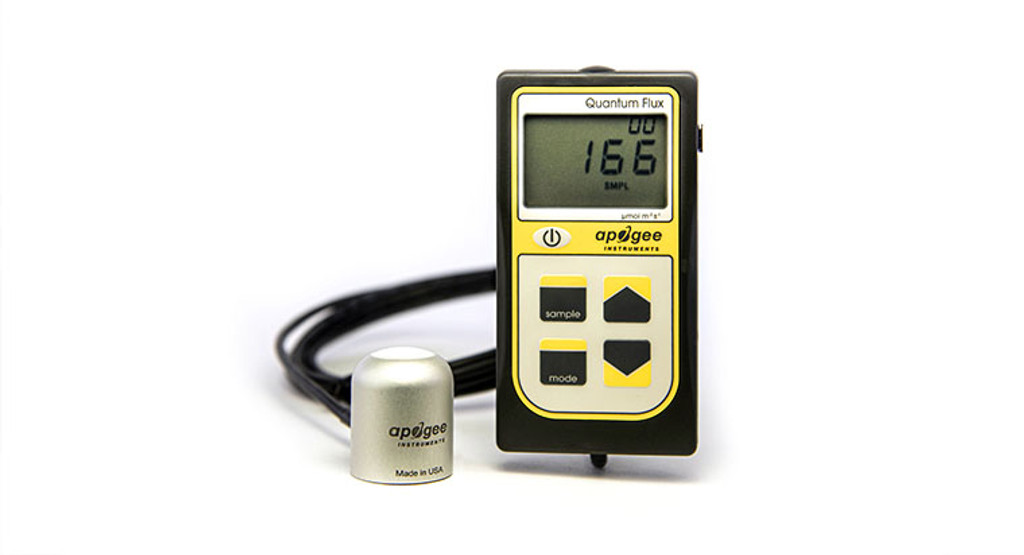 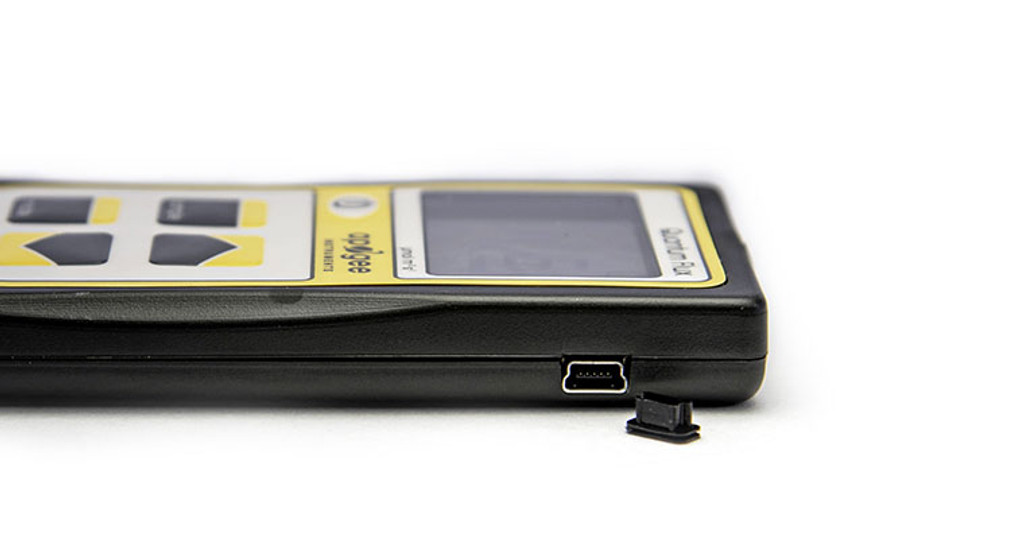 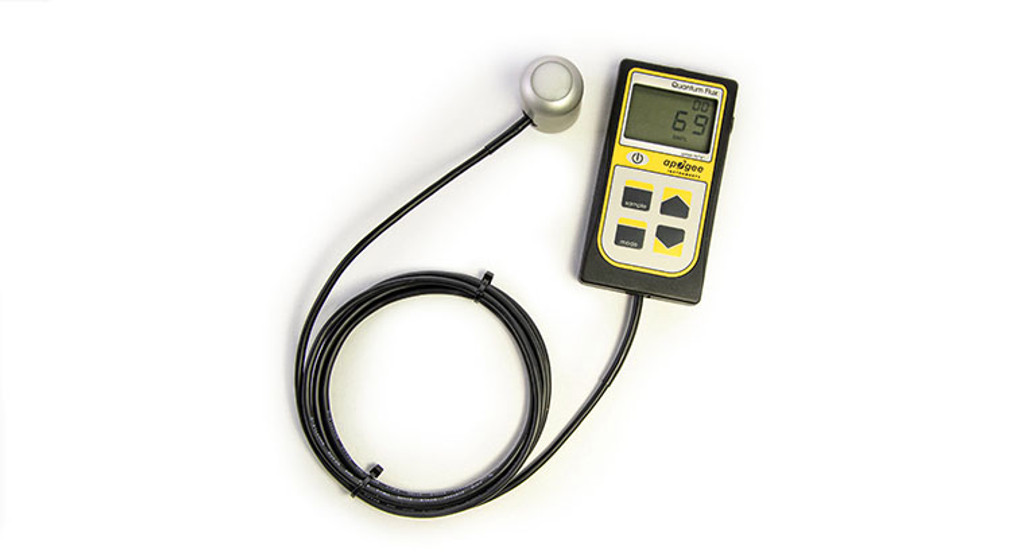 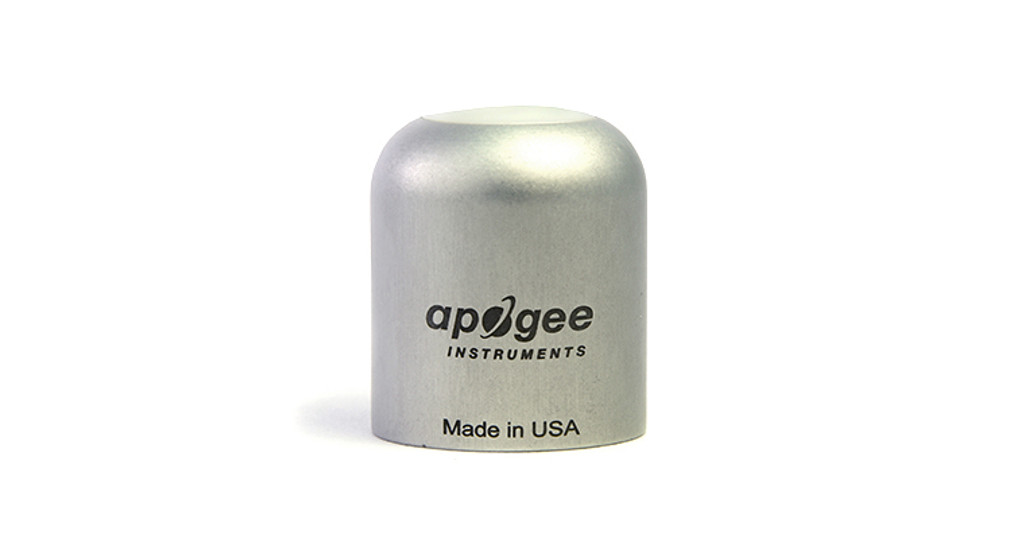 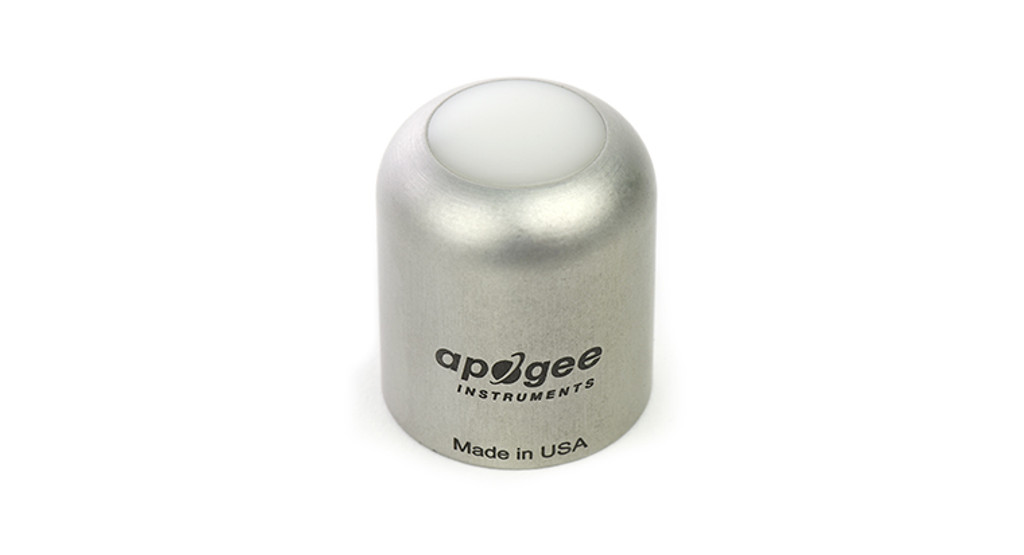 The MQ-620 has a hand-held meter, attached via cable, that displays and stores measurements. The sensor features a rugged, aluminum housing that is fully-submersible and built to withstand harsh conditions. Typical applications of Extended Photon Flux Density (ePFD) sensors include incoming PFD measurements over plant canopies in indoor greenhouses or in growth chambers, and reflected or under-canopy (transmitted) PFD measurements in the same environments. Since the detector on this particular Extended Range sensor is sensitive to radiation with wavelengths up to 1100 nm, beyond the range of wavelengths that influence plants, we recommend only using the MQ-620 sensors in indoor grow environments utilizing LED lights.

The meter has a sample and log mode, and will record an integrated daily total in mol m-2 d-1. Sample mode will record up to 99 manual measurements. Log mode will power the meter on/off to make a measurement every 30 seconds. Every 30 minutes the meter will average the sixty 30 second measurements and record the averaged value to memory. The meter can store up to 99 averages, once full it will start to overwrite the oldest measurement with new ones. A Daily Light Integral will be recorded from the 48 averaged measurements (making a 24 hr period). Sample and log measurements can be reviewed on the LCD display or by downloading the data to a computer, however, the integrated daily total can only be viewed by downloading the data to a computer. Downloading data to a computer requires the AC-100 communication cable (a standard USB cable will not work) and ApogeeAMS software.

How is the MQ-620 different from previous Apogee quantum sensors? 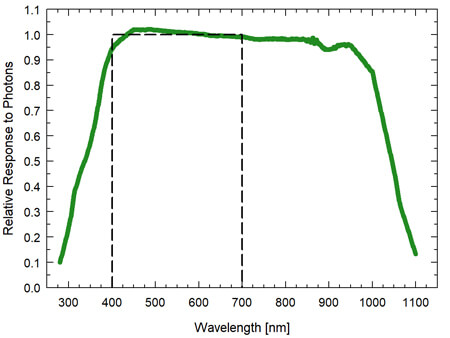 The MQ-620 is used for measuring the newest generation of LED grow lights with wavelengths outside the traditional 400-700 nm PAR range. Research has shown the value of adding UV and far-red LEDs to fixtures to control various diseases, achieve certain photomorphogenic effects, and even gain additional photosynthesis. The extended range filter of the MQ-620 allows it to measure photons from UV and Far-red. The 1040 nm top cutoff also means the sensor will measure spikes in HID and other broad spectrum lights above the range that influences plants therefore the sensor is only intended for use in LED grow environments.
Current Stock:
Calibration Uncertainty ± 5 % Measurement Range 0 to 4000 µmol m-2 s-1 Measurement Repeatability Less than 0.5 % Long-term Drift (Non-stability) Less than 2 % per year Non-linearity Less than 1 % (up to 4000 µmol m-2 s-1) Response Time Less than 1 ms Field of View 180° Spectral Range 340 to 1040 nm ± 5 nm (wavelengths where response is greater than 50 %) Directional (Cosine) Response ± 2 % at 45° zenith angle, ± 5 % at 75° zenith angle Azimuth Error Less than 0.5 % Tilt Error Less than 0.5 % Temperature Response -0.11 ± 0.04 % per C Uncertainty in Daily Total Less than 5 % Housing Anodized aluminum body with acrylic diffuser IP Rating IP68 Operating Environment -40 to 70 C; 0 to 100 % relative humidity; can be submerged in water up to depths of 30 m Meter Dimensions 126 mm length, 70 mm width, 24 mm height Sensor Dimensions 30.5 mm diameter, 37 mm height Mass (with 5 m of cable) 140 g Cable 2 m of two conductor, shielded, twisted-pair wire; additional cable available; TPR jacket Warranty 4 years against defects in materials and workmanship