Researchers at Pennsylvania State University used an Apogee PS-300 spectroradiometer to measure the spectral distributions in high tunnels with different plastic coverings. The transmittances at each wavelength within UV-B (280-315 nm), UV-A (315-400 nm), and visible (400-700 nm) light ranges were summed and compared to outside light levels and were expressed as percentage transmittance for each plastic within each of these ranges. An Apogee MI-220 infrared radiometer meter with a narrow 18-degree field of view was used to measure foliage temperatures. The research was published in the journal of HortScience in January 2019.

The Japanese beetle is a pest that came to the eastern United States more than 100 years ago, and they tend to be most active in the field in full-sun conditions. The plastics on high tunnels can influence the amount and spectral distribution of solar radiation inside the tunnel, which could affect insects. Researchers evaluated the influence of plastics with different spectral transmittance properties on Japanese beetle populations on high-tunnel raspberries. They also examined data collected on foliage temperature to evaluate whether the plastics were associated with temperature changes that might affect plant growth and Japanese beetle populations indirectly. The researchers found that beetles responded to UV-A radiation under the plastics. This research has practical implications: high tunnels have many benefits including disease control and season extension, and UV-blocking coverings on raspberry production may help growers avoid sprays. 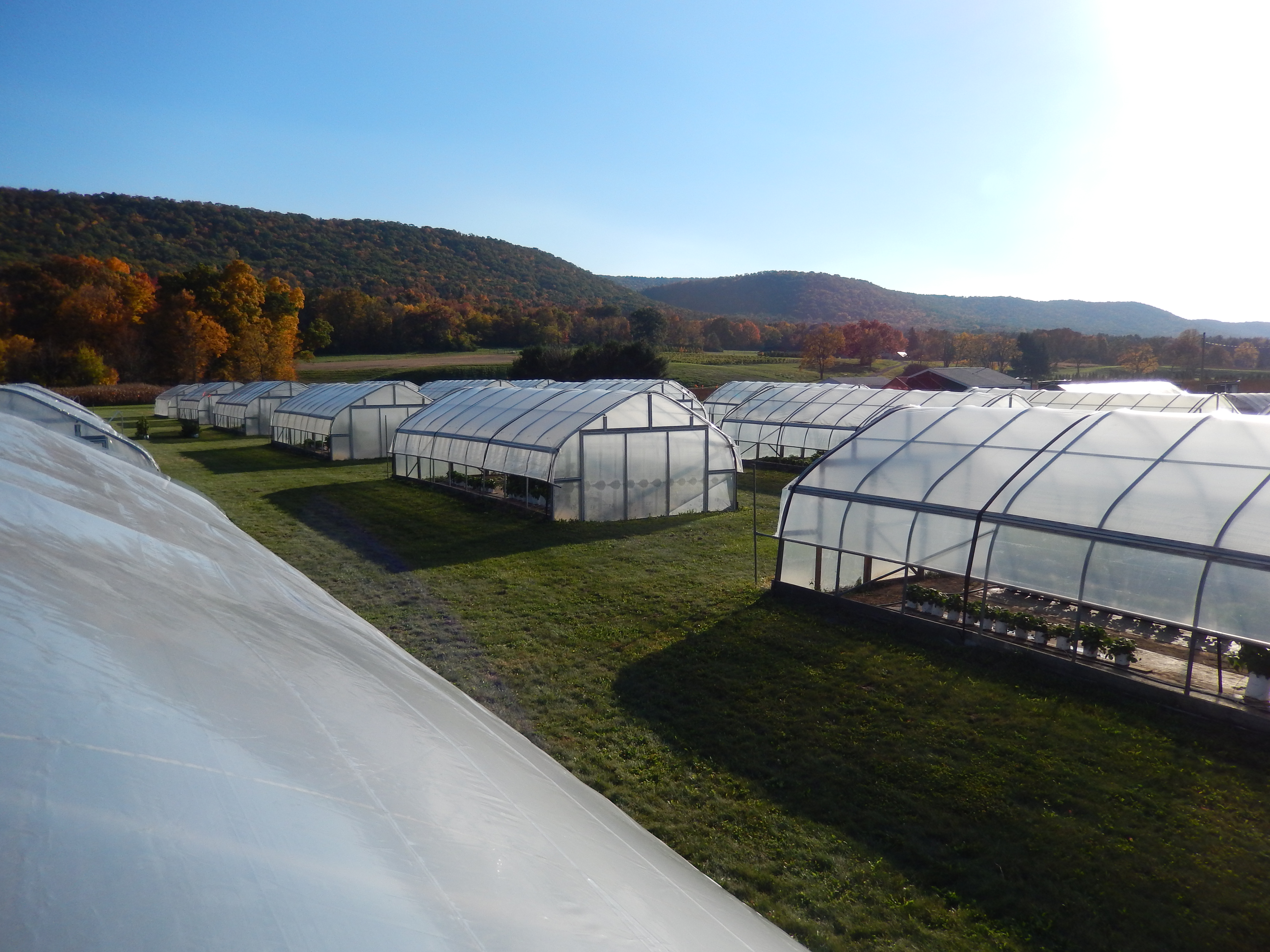 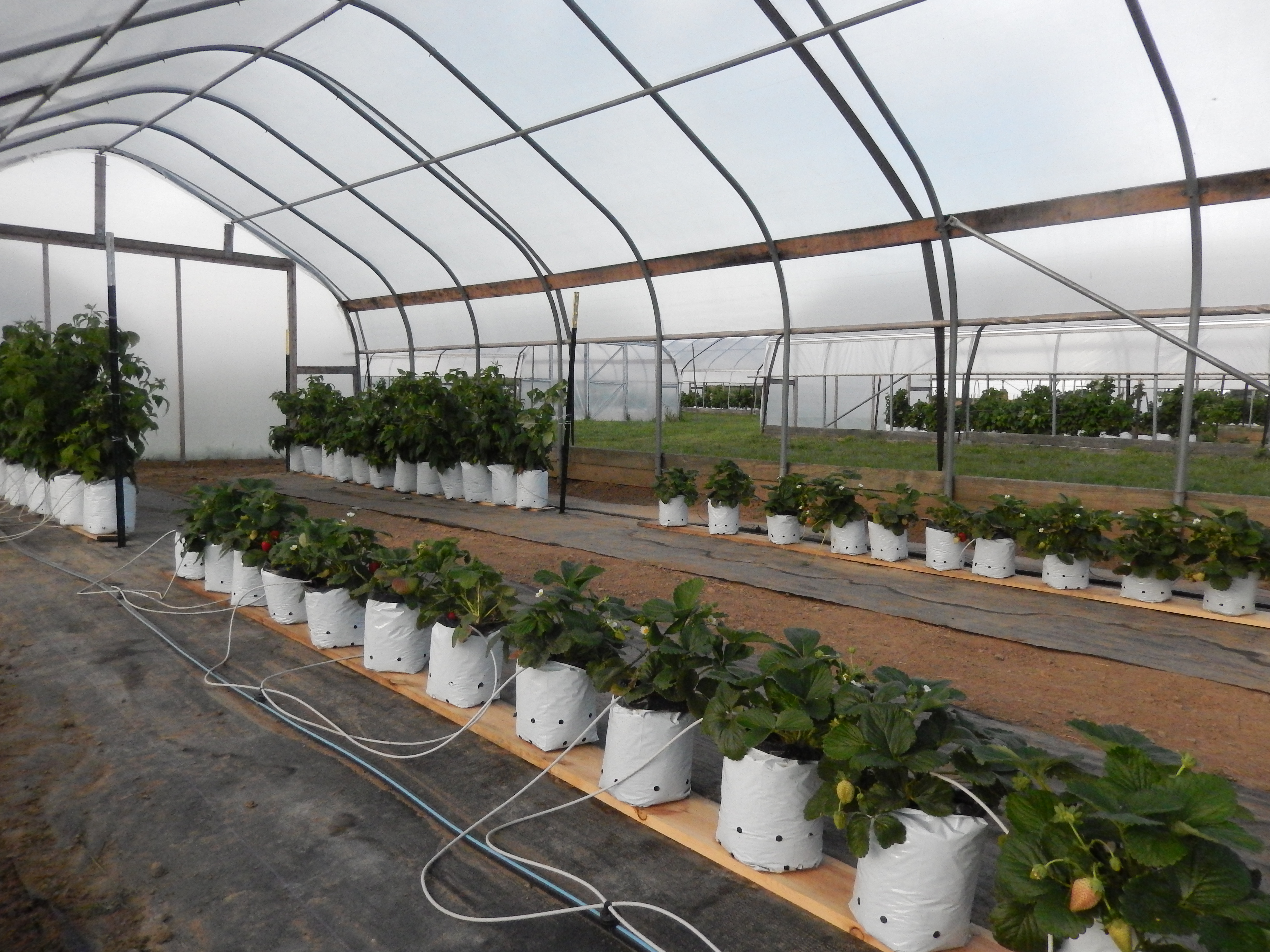 ABSTRACT: Insecticides are the primary tool raspberry growers use to control Japanese beetles (Popillia japonica), but reliance on pesticides is costly and there are risks to nontarget species. Based on observations that Japanese beetles were less abundant on raspberries in high tunnels than in fields, we investigated the effects of plastic films that transmit different amounts of ultraviolet (UV) light to Japanese beetles. Many insects are sensitive to light in the UV-A range and use it for navigation. High-tunnel plastics that block varying percentages of UV radiation are increasingly available. We grew two primocane-fruiting red raspberry cultivars, Polka and Josephine, in tunnels with six different covering treatments. Five were plastics that blocked the UV range to varying degrees, and one was a no-plastic treatment. In 2016, beetles were counted and removed from the plants by hand daily. In 2017, beetles were removed by hand every 4 to 5 days. Foliage temperature was measured in each tunnel twice in 2017 with an infrared (IR) thermometer. Spectral transmittance characteristics of the plastics were measured with a spectroradiometer in 2015 and 2018. Mean beetle counts by date and for the whole season were compared for the plastics and cultivars. Japanese beetle numbers were significantly greater in the no-cover treatment than in all plastic treatments. The plastic that blocked more than 90% of the UV-A range usually had significantly lower beetle populations than the plastics that blocked the least UV-A. Overall, it appears that using a UV-blocking plastic can reduce Japanese beetle aggregation and feeding damage on raspberries, decreasing the need for other control. This could benefit growers by reducing the cost of insecticides and decreasing exposure risk for nontarget organisms.