Researchers at Michigan State University used Apogee ST-100, ST-200, and ST-110 thermistors to study the effects of bench-top root-zone heating on the development of rooted cuttings and seedlings of petunia (petunias are one of the most popular bedding plants sold in the United States). The research was published in the journal of HortScience in January 2017. 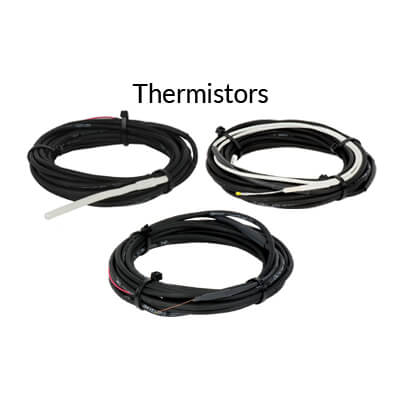 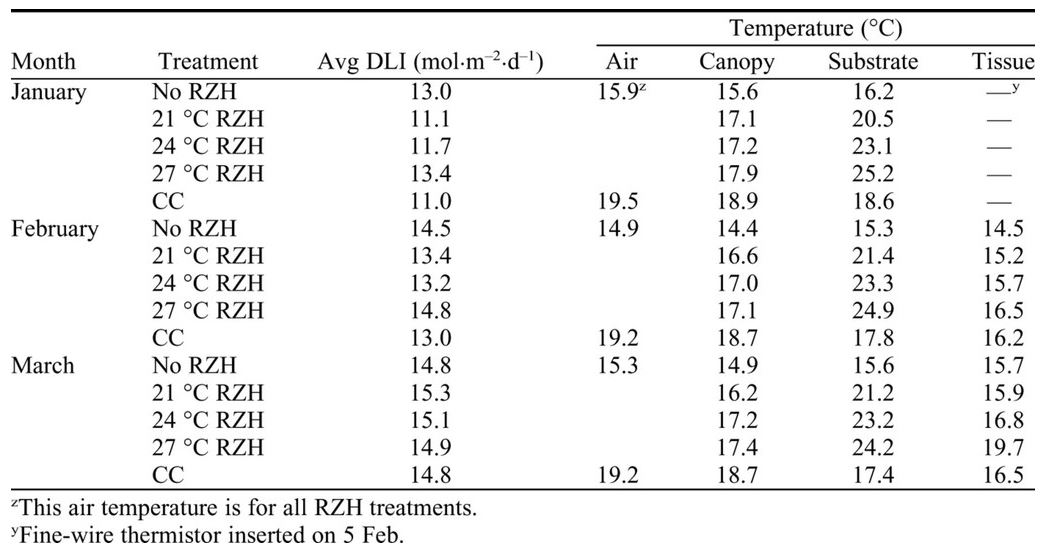 Table 1. Mean daily light integral (DLI) and daily air, canopy, substrate, and plant tissue temperature for each treatment, each month following transplant. Plants were grown at a mean daily temperature (MDT) of 15 °C and plants were placed on a bench without root-zone heating (No RZH) or with RZH set points of 21, 24, or 27 °C; or plants were grown in a greenhouse without RZH at an MDT of 20 °C as per commercial control (CC).

ABSTRACT: Heating accounts for up to 30% of total operating costs for greenhouse operations in northern latitudes. Growers often lower air temperatures for production to reduce energy costs; however, this causes delays in development even in cold-tolerant crops, such as petunia (Petunia ×hybrida). This delay increases production time and can reduce profitability. Recent studies on low air temperature bedding plant production indicate petunia as a strong potential candidate for using lower air temperatures in combination with bench-top root-zone heating (RZH) to avoid or reduce delays in development. The objectives of this study were to 1) quantify time to flower (TTF) of seven petunia cultivars and two recombinant inbred lines (RILs) when the mean daily air temperature (MDT) was lowered by 5 °C and bench-top RZH was used and 2) determine if a high-quality petunia crop can be produced on RZH. Petunia ‘Sun Spun Burgundy’, ‘Sun Spun Lavender Star’, ‘Sanguna Patio Red’, ‘Potunia Plus Red’, ‘Potunia Plus Purple’, ‘Supertunia Red’, ‘Supertunia Bordeaux’, and two RILs, IA160 and IA349, were grown in a greenhouse with an MDT of 15 °C without RZH or with a RZH set point of 21, 24, or 27 °C. Additionally, a commercial control (CC) was established by growing plants without RZH at an MDT of 20 °C. All plants were grown under a 16-hour photoperiod to provide a daily light integral (DLI) of ≈12 mol m−2 d−1. Time to flower was shorter at higher RZH set points. For example, TTF of ‘Potunia Plus Red’ was 56, 52, 49, or 47 days for plants grown at an MDT of 15 °C without RZH, or with RZH set points of 21, 24, or 27 °C, respectively. When a RZH set point of 27 °C was employed, TTF of all cultivars and inbred lines, except ‘Potunia Plus Red’ and ‘Sanguna Patio Red’, was similar to plants grown in the CC. Shorter stem length, lower growth index, and smaller shoot dry mass (SDM) at flowering were observed for plants grown under lower air temperatures with RZH, resulting in a more compact and high-quality plant. Producing a compact plant in a shorter time period is beneficial for growers; thus, results suggest that MDT can be lowered to 15 °C for petunia production when a RZH set point of 27 °C is employed. 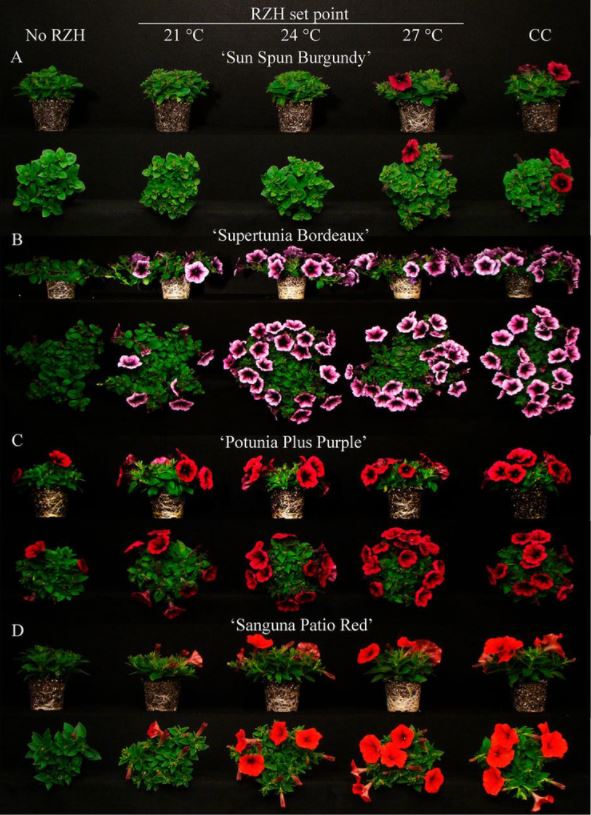 Fig. 1. Petunia (A) ‘Sun Spun Burgundy’, (B) ‘Supertunia Bordeaux’, (C) ‘Potunia Plus Purple’, and (D) ‘Sanguna Patio Red’ 7 weeks after transplant. Plants were grown at a mean daily temperature (MDT) of 15 °C and plants were placed on a bench without root-zone heating (No RZH) or with RZH set points of 21, 24, or 27 °C; or plants were grown in a greenhouse without RZH at an MDT of 20 °C as a commercial control (CC).